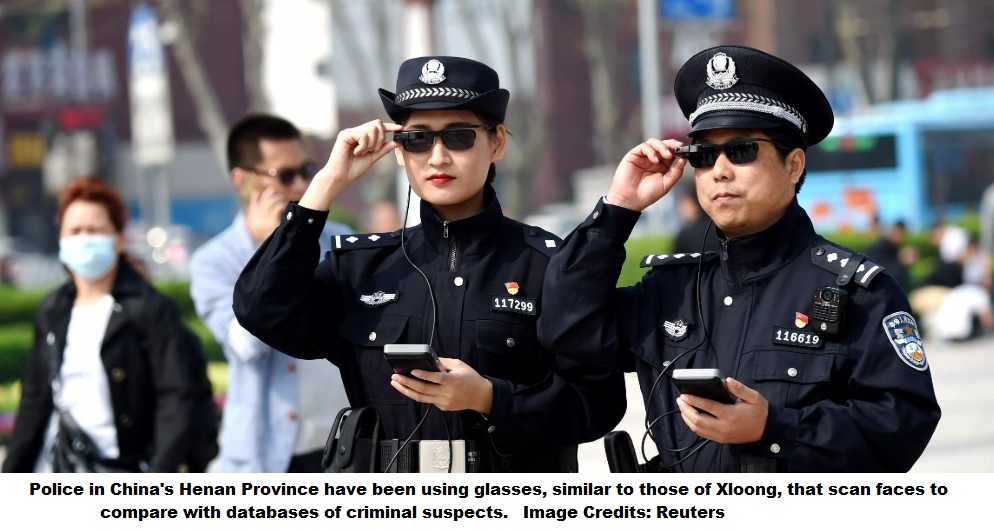 Advancements in technology are shaping professions of criminal justice. It has changed the way law enforcement agencies deal with criminalities. Police departments work with their communities to not only solve criminal issues but also to prevent crimes. There is a huge transformation in how policing was done earlier and how it is done in the last three or four decades.

Drones and robots can help the officials to patrol areas where it is impossible for police officers to go themselves. It can be used to get critical information about crimes in progress, hence prevent them or at least plan better responses and minimize damage. They can be used to get vital footage that can later help in court proceedings.

Google Glass, HoloLens, and Augmented Reality get data which help police officers to patrol more effectively. An officer on foot patrol can record and analyze everything on the street including information about the surrounding businesses, homes, and vehicles with the help of special glasses. Real-time information about the people can be provided by the facial recognition software.

Portable lasers can provide information about the chemical composition of unknown substances. Police officials can check and decide whether it is safe to come in contact with anything questionable. They don’t have to wait till lab tests and issues a report.

Social media can be a crucial tool for criminal justice. Hints are taken from social media to solve criminal cases. Individuals can be identified by fingerprints, retina scans, DNA and such unique biological traits can be reveled using biometrics.

British Telecommunications are providing services that are used to curb growing crimes.  Criminal networks are tracked down and halted, CCTV and phone records provide significant clues. The need for a transformative change has been recognized by policing bodies to better serve the public. Quality service can be achieved with limited resources with the help of digital technology. British Telecommunications provide the right tools which aid the police forces to investigate incidents and crimes effectively. Mobile technology is used to gather information quickly. Cybercrimes are tackled more effectively. The public can contact the police easily. The material can be transformed into a digital format which makes it easy to share with the criminal justice system.

Drones are used in police departments in Mexico for crime-fighting operations. Drones have helped to cut overall crime in the city of Ensenada by 10 percent. There has been a 30-percent drop in burglaries. Cops have been used the drone ‘DJI’s Inspire 1 quadcopter’ just for four months and 500 arrests have been made so far. The drone flies around 25 missions per day and is usually sent when there is an emergency call from the public. The feed of drone’s camera can be tapped into by any authorized officer, not only if they are they’re out with the camera but also from the base.

“Black tech” is a term that generally refers to pioneering surveillance gadgets. XDH-CF-5600 scanner can crack your smartphone password in seconds, take personal data from call and messaging apps, and scan your contact book. Chinese companies are busy outdoing each other in tracking and monitoring capabilities to meet the increasing demand for country’s security services. Hisign Technology, based in Beijing can retrieve even deleted data from over 90 mobile applications on smartphones, including overseas platforms like Facebook and Twitter using its desktop and portable phone scanners.

New smart eyewear, which looks a lot like Google Glass, is also being tested by police officers in China to identify potential suspects using facial recognition. It gives the name and address of a person. The device is connected to China’s state database. Police can snap a photo of a suspect and match it to the database.

SPF is trying innovative concepts to fight crime. Autonomous patrolling can be done using the upgraded version of the MATAR patrol robot – MATAR 3.0. One of its variants has a pan-tilt-zoom camera which can be used for video coverage from a height of up to two meters. It’s another variant has digital signage which can convey text messages. It also has an integrated, tethered Unmanned Aerial Vehicle (UAV) which can help in aerial surveillance up to a height of 30 meters. They can be highly effective as far as enhancing the Police’s operations are concerned.

International intelligence agency (INTERPOL) uses the latest technology, called Dial-Doc, to recognize fake IDs and stop unlawful movement across borders. Dial-Doc is an acronym for Digital INTERPOL Alert Library – Document. It enables communications between 190 member countries, each of whom easily checks whether a travel document is genuine or not. It provides a comparison with worldwide images of counterfeit documents that are all in one centralized location. Before this technology, governments had to appoint well-trained agents, or use huge books of official identifications. But now, Dial Doc transforms data into an easy-to-consume format for all INTERPOL members.

Having a reactive approach to technology adoption is insufficient in today’s world of law enforcement. The number and complexity of organized crime are increasing, therefore crime prevention should also increase in sophistication. The way crime is fought in today’s threat landscape should be innovative. All kinds of crimes are more accessible to criminals due to the universality of the internet and other facilitators such as cryptocurrency and social media. Leading technologies like artificial intelligence (AI) has some incredible within law enforcement, worldwide. It can be used to predict crime and make wiser decisions. AFP analyzes and classifies violent video content, as well as restricts the time it is viewed by the members to lessen the risk of post-traumatic stress disorder.

Future Societies 5.0 is a summit of AI-led policing. It is Dubai’s first dedicated AI law enforcement event. It directly addresses the way digital technology can help international police forces to form safe and secure societies with innovations like AI surveillance, predictive policing and using robot officers. The aim is to apply AI methods in all areas that the police deals with including security, forecasting of crime and traffic accidents. Form the finest systems and AI tools to meet the needs of the people locally and internationally.

Microsoft along with the Met develops the latest digital investigation processes using Azure cloud storage capabilities, automation, scalable compute and advanced data techniques. It will aid the police officers to quicken the process of investigation, as well as offering senior management better oversight of investigation costs.

The Central Intelligence Agency (CIA) has a Directorate of Digital Innovation that focuses to use cyber technology to gather and analyze intelligence. It supervises the acceleration of digital and cyber integration through all the mission areas of the agency.

Technological advancements are happening at a remarkable rate. Law enforcement agencies are also using technology to make the world a safe place. Earlier, officers turned to SWAT while dealing with some extraordinary situation. Now, SWAT teams turn to technology to improve their capabilities and make their jobs safer. With the help of BearCats, pole cameras, robots, and thermal imagers, SWAT team commanders can get actual information so that they can make strategic plans and decrease the danger to their officers.